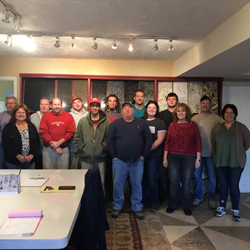 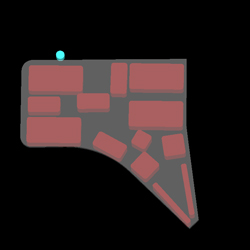 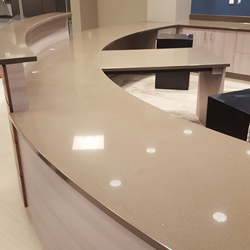 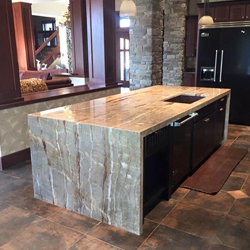 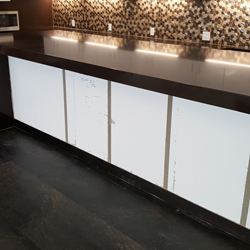 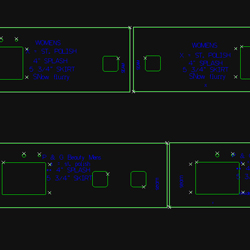 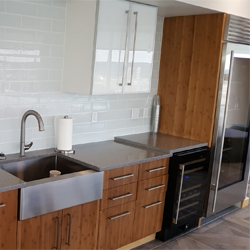 It’s All in the Family

Ensuring that his family’s business continues to thrive entails more than turning a profit for Chip Carnevale.

As president of stone-countertop manufacturer Pietra Naturale — owned by parent company Mike Carnevale Tile & Terrazzo Company, Inc. — his mission is to ensure that the high standards set by his late father continue to dominate the workplace.

“I worked with my father from Day One, and it’s the best job I ever had,” says Carnevale, who maintains expectations of staff and production quality set by the late Mike Carnevale. “I want to maintain my father’s reputation in the industry.”

Mike Carnevale, the son of a tailor who immigrated from Italy to the U.S., founded the Mike Carnevale Tile and Terrazzo Company in 1968. As a youngster, Chip Carnevale worked alongside his father on countless projects.

“When I was a kid in grade school, I would load up tiles on a cart and deliver them to the guys on the job site,” Carnevale says. “Dad was a workaholic, and he had a huge passion for what he did.”

Carnevale officially went to work for his father in 1981 and, in 1990, Pietra Naturale — Italian for “natural stone” — was established.

Pietra Naturale has supplied countertops to a range of customers, such as Bob Evans Restaurants, and has completed several projects for Procter & Gamble. Stadiums, malls and mausoleums are also common projects for the custom countertop outfit, which employs a staff of 17, not including its multiple subcontractors.

“We do a lot of high-profile work here,” Carnevale says, “and we do a lot of things that other people can’t do or won’t do.” Among projects rejected by other shops that materialize on Carnevale’s desk are those that include miter-fold edges, some cut in one, two and three centimeters, and some porcelain slab work.

To boost efficiency, Pietra Naturale acquired the ALPHACAM computer-aided-manufacturing (CAM) solution, by Vero Software, in 2013. Prior to implementing ALPHACAM, which was purchased to program the company’s new TITAN CNC router, by Park Industries, the Carnevales had never before used CAM software.

“We were at the point where it was either double our crews and move, or go the CNC route,” Carnevale explains. “When I made the jump, it was scary and we had never spent that kind of money before. Now, I wish I had done it years ago.”

One of the most significant gains seen by Carnevale following the implementation of ALPHACAM was the ability to consistently perform high-quality, consistent work in the face of a shortage of qualified labor. A common challenge among those in Carnevale’s trade is the inability to find experienced tradespeople.

“For me, it’s a labor issue,” he says. “I have good men who are left with us and who I’ve kept, but it’s hard to find quality people for quality work. Having ALPHACAM is like having three more employees — except that it’s accurate and I don’t have to pay benefits or insurance.”

In addition to the TITAN, Pietra runs a CMS SPRINT saw for straight-line cutting in combination with an LT-55 laser template to capture dimensions on site. Carnevale appreciates the ease of interoperability between ALPHACAM and the LT-55 template, which produces files that can be easily imported into the CAM system.

Alternatively, staff could take measurements by hand, a practice that is both less inherently accurate and prone to human error.

“It’s flawless integration of the templating software,” Carnevale says of ALPHACAM and the LT-55. “ALPHACAM is wonderful, and it’s straightforward. The way it works just makes sense.”

Alyssa Carnevale, Chip Carnevale’s daughter, came on board at Pietra as a CNC programmer earlier this year. In addition to programming, Alyssa performs commercial estimates and other duties. After a week of training with ALPHACAM, she began programming the TITAN and hit the ground running as the shop’s resident whiz kid.

“She can read a blueprint about as well as I can,” Carnevale says. “She has a gift for what she does, and she has a great imagination.”

With the addition of Alyssa to the Pietra Naturale team, the family legacy that blossomed under the passionate influence of Mike Carnevale’s work ethic continues to thrive. With the addition of ALPHACAM and its CNC machinery, the company embraces cutting edge technologies even as it retains its link to a less technological past.