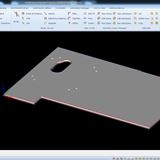 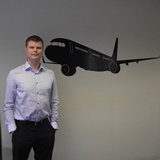 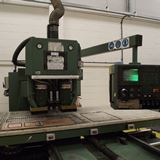 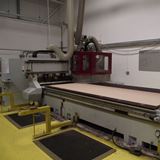 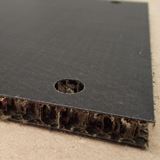 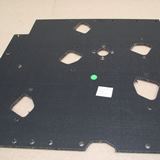 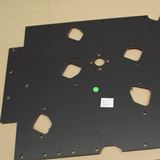 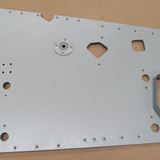 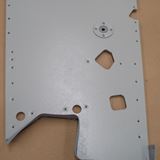 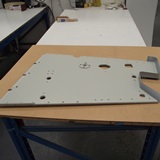 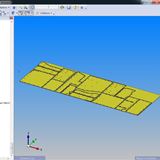 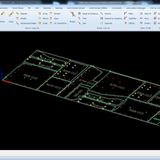 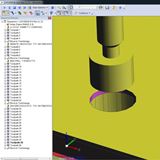 And it’s not the first time that Jason Curran, Technical Manager of The Gill Corporation’s European operation has overhauled their production process to make better use of the software.

"We spend the first week perfecting everything with ALPHACAM’s Feature Extraction and Auto Styles, and then after that initial customisation everything is so quick. Changing how we use ALPHACAM in this way has been a huge time-saver for us."

When he joined the company – based at Bangor in Northern Ireland – they were bringing in 3D models from customers and de-layering them down to simple 2D rectangles containing circles. “In essence, we were removing all the extra layer mapping which contained useful modelling information. It seemed to be inefficient, when we could be retaining that information, so we now fully embrace ALPHACAM’s 3D modelling, Feature Extraction and Automation. We’ve taken it right through to Auto Styles and Machining Styles, along with Auto Layer and Querying, which has totally revolutionised how we use it.”

Other improvements included driving time out of programs. “We were using default safe rapids at 50 mm above the panels, so the CNC machine was taking too long to complete a program.” In those days they only had a Wadkin UXCC 100 with Bosch controller and an 8 x 4 moving bed. Although they still use it with matched half inch ply jigs channelled out to accommodate the cutters, they have also invested in an Andi Stratos Pro, with a 12 x 7 fixed bed and moving bridge, which they use for nesting.

But, as Jason Curran explains, that nesting was originally programmed from the 2D rectangles. “We still weren’t taking in the 3D model at that stage, so once we’d nested a new project for a customer’s order, it would remain static, and if the customer needed a spare individual panel in the future we’d have to cut the whole nest again.

“But now, with automation, we’re moving away from static nesting to dynamic nests which are aligned to the orders coming in. So if there’s a configuration change we can accommodate it much easier instead of having to completely renest. We need to invest a little more time upfront in creating a program with Automation, but once it’s done we can run 1,000 parts through it in ten minutes, and it means we can cut individual panels as well as a full nest, which is a considerable benefit when the customer needs a replacement.

“If we need to cut 25 panels, for example, we can probably get those out of two sheets, so that’s just two nests and two programs, as opposed to having to load 25 separate programs.”

The Gill Corporation are renowned for their composite sandwich panels, cargo liners and honeycombs, used for aircraft applications such as floor panels, sidewall liners, ceiling liners and bulkheads. Customers include Airbus and the Israeli Aerospace Industry, and they also support a number of British Aerospace aircraft such as the BA 146 and Jetstream 31 and 41 which are no longer in production but still flying, and often need replacement panels – especially for floors.

They ship around 5,000 panels a year, of at least 150 different types and sizes. Their American parent company manufactures the composite sandwich panels, which are then shipped to Bangor where Jason Curran oversees the routing to cut out the finished shape, and drilling to house the metallic inserts. The range of panels includes carbon or glass fibre facings which house a Nomex or Kevlar-based honeycomb, along with monolithic laminate cargo liners comprising a single facing which are used to line the curved fuselage sections of cargo bays.

As the Nomex paper-based honeycomb is particularly fragile, undercutting plays an important part in their routing operation. “It means the edge of the panels is not durable, so we undercut the core with a core router, driving it into the panel to rout out the perimeter, establishing a channel in the board. Then we apply a two-part room temperature epoxy filler slightly proud of the surface, all round the exterior and internal cut-outs.”

Within the last year they have moved the de-coring operation for the insert holes from a manual shopfloor job, onto the CNC. “Previously the shop floor workers were decoring using hand tools, now it all goes through ALPHACAM, and this has been a huge drive for us in terms of standardising the finish.”

As some of the boards are not symmetrical it is important that they are machined top up or top down, and because there is a ribbon direction in the honeycomb, they need to be accurately aligned with the design and stress of the aircraft door panels. “So we use ALPHACAM’s Auto Align feature to ensure the part is sitting the right way.

“At this point we move it off the zero zero, taking a five five offset to move the parts away from the stock edge.” The fact that they use a slave board on the Andi Stratos router – which means they machine down to minus point-4 to minus point-7 mm both on profiling and drilling – means they can do away with the need for matched machining jigs and minimises the number of slave board skim operations.

When everything is fully aligned, and the assembly model represents the finished product exactly as they expect it to come off the machine, it is fed into the Automation process.

“For example, if there are 21 models required for a particular geographical area of an aircraft, we need to go through that process 21 times to get 21 aligned models ready for Automation.  Then we go into Automation Manager and set the job up, and it produces 21 individual panels broken down into nests. It brings everything together from Feature Extraction, Auto Styles, Nesting and Reports.”

New orders for different types of panels are coming in all the time, and he says some projects can result in the need to incorporate up to 300 new models. “With our old method, each model required a considerable amount of work, and we could be programming the whole project for between six weeks and two months. But now, we spend the first week perfecting everything with ALPHACAM’s Feature Extraction and Auto Styles, and then after that initial customisation everything is so quick.

“Changing how we use ALPHACAM in this way has been a huge time-saver for us.”

• Moved from static nesting to dynamic nesting and use of ALPHACAM in place of decoring with hand tools.
• Done away with the need for matched machining jigs by using the auto align feature.
• Huge time saver after initial setup.

“Previously the shop floor workers were decoring using hand tools, now it all goes through ALPHACAM, and this has been a huge drive for us in terms of standardising the finish.”