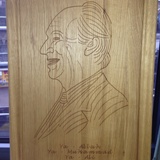 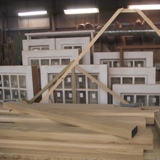 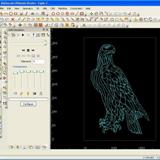 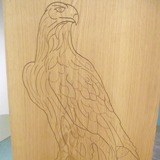 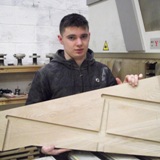 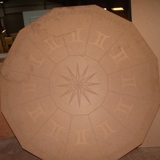 “No Joiner Can Out-Perform ALPHACAM”

Peter Mullins established a joinery company in 1984, and now works with his son Steven who owns Minster Joinery (Witney) Ltd. “When we need to make something accurately with a specific design or motif, or anything that’s unusual, wavy or curved, ALPHACAM does it to the same high quality every time.”

"When we need to make something accurately with a specific design or motif, or anything that's unusual, wavy or curved, ALPHACAM does it to the same high standard every time

Minster Joinery specialises in specific purpose-made joinery – in many cases, architect designed – for a prestigious customer base including a number of colleges at Oxford University, Blenheim Palace, manor houses and pop stars. Projects include structural beams, bars and trusses, along with windows, staircases, conservatories, one-off items of furniture, engraved images and writing, wardrobes, louvered doors, tracery ornamental work and gates.  An increasing number of the commissions call for complex work which he says many programmers would not attempt, but which is easy with ALPHACAM.

As Steven now runs the company after being in the industry for ten years, Peter focuses on what he enjoys the most; programming unusual and complex designs with ALPHACAM, which is a skill that came late in his career as he only purchased his first CNC machine five years ago.

During just three days training on ALPHACAM he learned to draw geometry and how to put tool directions on, along with the toolpaths, and says the only limiting factor is the user’s own imagination. “People get concerned about what looks complex. But with ALPHACAM it’s so easy to take a complex item and simply break it down to smaller parts. I can easily get it to 85 per cent of where I want it to be, and finish it off with a bit of final thinking.”

Whether the client’s instruction comes in the form of a proper drawing or a sketch, he draws the opening of the item in ALPHACAM, which is the only CAD package they use. “When the CAD operation’s finished and we’ve got the customer’s final approval, I start work on the individual parts, programming the geometries and putting the toolpaths to them.

“It may take 20 attempts to get an aspect absolutely right in ALPHACAM...each attempt may take about a minute, but at the end of 20 minutes you can see the results on screen. If I were drawing that by hand, or using a rod in the workshop I could be there all day and still nor get it right, because you can’t zoom in and out or rotate it on a full size rod or piece of paper like you can in ALPHACAM.”

Minster Joinery make full use of their 5-axis SCM Prisma Router, which is operated by apprentice joiner Matthew Alexander( pictured left). Steven Mullins says: “As our work became more and more complex we decided we needed CNC machinery “We regularly use all five axes if we’re working on oak beams or trusses, because we have to cut angles on various planes – coming in over the side and routering out on the sides and top.” With beams in particular, he says they work on five faces at once – two sides, the top and both ends. And if they need to work on the underside they turn the timber over and run a separate program on it, simply copying the existing program and deleting the tools they don’t need.

The longest piece of material machined on the 6.4 metre bed was 7.2 metres. Peter Mullins explains they created two ALPHACAM programs, one for each half, and then turned the timber round when the first half was done. “That would have been impossible without ALPHACAM’s pinpoint accuracy.”

He says the programs are always right because any mistakes are rectified on screen. “We know what the outcome’s going to be by testing our ideas in ALPHACAM before starting to cut timber in the workshop. And as long as the tools are calibrated properly, it’s impossible to make a mistake.

“No joiner can out-perform what we do here with ALPHACAM. And ALPHACAM can replicate that job time and time again.”  A typical example is reflected in the work Minster undertakes for other joinery companies, who have woodworking craft skills, but not the software to ensure consistency. “We were recently approached by a small table-maker who wanted six identical oval tables. With ALPHACAM we can produce the same high quality standard every time, whereas even the best joiner is going to be a few millimetres out, from one to the other.”

With Steven taking ownership of the company in 2012, Minster Joinery continues its established reputation of traditional woodworking with hardwood and softwood, taking the existing setting into account, whether it’s a new structure, an established property or a listed building.  Its joiners work with all types of timber to match the existing décor and modern or traditional period, with one-off items or batchwork.

“Due to the flexibility of the SCM router driven by ALPHACAM we can take on work we’d have had to turn away otherwise. And instead of taking several days to prepare and traditionally machine a particular job, it only takes a few hours, so we’ve dramatically reduced lead times.”

"We can take on work we'd have had to turn away otherwise. And instead of taking several days to prepare and traditionally machine a particular job, it only takes a few hours."