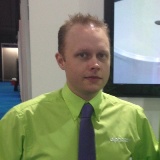 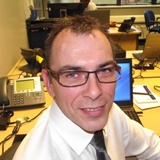 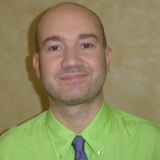 Three Additions to the ALPHACAM Family

David McIntyre joins as Area Sales Manager for Ireland and Scotland, from a customer in Ireland, where he worked with ALPHACAM on bespoke commercial furniture and joinery. “Having been an ALPHACAM end-user for several years I became interested in its applications across a number of industries.”

He is a graduate of the world-renowned Letterfrack furniture college – itself a major user of ALPHACAM. His career began as a furniture designer before moving into production, eventually becoming Production Manager of Glenn Wood Tullamore, in Co. Offaly, working extensively with CNC machines and ALPHACAM.

Nick Spurrett says: “David’s good working knowledge of the furniture industry, along with his experience of both design and manufacturing, and ten years CNC programming with ALPHACAM, make him ideal to show manufacturers how the software can program any component in any material.”

Shaun Boit: Before originally joining ALPHACAM in 2006 as a technical support engineer Shaun Boit worked as a joiner and wood machinist for 20 years. He moved into ALPHACAM sales in 2008, also working with sister Vero brand CABINET VISION, switching to CABINET VISION full time in 2012.

But he says the time is now right to return to ALPHACAM. “From small scale projects through to the most complex, ALPHACAM has a module for everything, providing a complete customer-focused solution which is both flexible and easy to use. This is the most exciting time in its history and I want to be part of it.”

Says Nick Spurrett: “We’re very pleased to have Shaun back. He joins Clifford Ashwin and Martin Measures, covering one of our new, three smaller territories in England and Wales.”

Completing a machine tool setter apprenticeship, he began programming, setting and running CNC lathes, becoming an applications engineer, first for Emco lathes, then ALPHACAM for 11 years. Having spent the last 12 months writing post processors for another software developer, he, too, felt the time was right to rejoin ALPHACAM.

“It’s simple to use, but is flexible enough to handle a specific customer’s individual requirements. Having programmed, set up and run machines, I understand customers’ needs and expectations, and my ALPHACAM knowledge will help me to meet and exceed those expectations.”

Concludes Nick Spurrett: “As the sales team grew, we also needed to expand the technical team. With his 27 years experience of CNC machines and extensive ALPHACAM background, Paul is a great asset to have back, and to fill this additional role.”

ALPHACAM will also be announcing new recruits to its growing development team shortly.